Former Gillan guitarist Bernie Tormé had pretty much turned his back on the costly business of making albums prior to the making of Flowers and Dirt in 2014 and Blackheart in 2015. Both of these were released as a result of successful pledge-funding initiatives, whereby fans rather than record label bosses stump up the cash to finance the making of an album through placing advance orders.

Management guru, Peter Cook, who runs Academy Of Rock events in the UK, fusing business know-how with hard rock riffs, takes up the story,”I asked Bernie to perform at a Corporate gig. He really enjoyed it and invited me to talk a week later at the pub. Having asked him what he wanted we proceeded to explore a lot of avenues. To my surprise, some two years later, he had done quite a few of the things we discussed including the crowdfunding project. He graciously credited me alongside Arthur Brown on his album cover as being instrumental (sic) in his reinvention.”

Following the success of the previous two albums last October Bernie unveiled plans for an ambitious new triple-album (featuring an electric disc, an acoustic disc and a live disc) that would similarly be financed through pledge-funding. On the day the pledge campaign was announced Bernie engaged with fans directly on social media and through the special pledge-fund page that had been set up here.

Meanwhile, I worked to secure external coverage with the aim of letting as many people as possible know about the album plans and directing them to the pledge-fund page. In this we were helped by positive coverage from the likes of Blabbermouth, MetalTalk, Vive Le Rock! and, of course, Totally Driven as well as many others who all helpfully provided links to Bernie’s pledge-fund page as well as news about the project.

Phenomenally, the pledge target was reached in less than nine hours. Thanking fans Bernie said, “I’m absolutely blown away by this. 100% of what I needed in 8 hours 45 minutes! Man, I’ve truly got the best fans in the whole damn universe!”

However, it was not just the rock and metal sites that were showing an interest. Roots music journal No Depression made it one of their pledge-fund campaigns of the week, stating,“On its surface, Bernie Tormé might seem an odd choice for a column about roots music campaigns. This is, after all, the guitarist who is best known for his work in the hard rock realm with acts like Gillan, Ozzy Osbourne, and Desperado with Dee Snider. But Torme’s recent works have melded his hard rock roots with a love of psychedelic and blues rock and he plans to up the ante even further with his new triple-album Dublin Cowboy.”

Throughout the process of making the album Bernie kept fans up to date via social media and the pledge-fund page, telling them, “When I made the last two albums, Flowers & Dirt and Blackheart, I really loved the fact that I was able to be hands on and communicate directly to fans, as an independent musician that was a really positive experience, so much better than the past when the cold, dead, (and also pretty judgemental) hand of the corporate music industry (in the shape of a record company) laid over everything you tried to do.”

Not only is it a great way of keeping in touch with current fans, the pledge-funding process can actually be a great way of re-connecting with old ones, too. This quote from a long-term Gillan fan is a classic example, “Thanks for this. I’m a big fan of Gillan with Tormé but never heard Bernie’s solo stuff so I’ve bought this one now!”

Pledgers got early access to the album via download at the beginning of March ahead of the official CD release date in April. Fan reaction was immediately and overwhelmingly positive, “This acoustic one cuts me to the core. Can’t stop listenin’…Love it!!” being typical of the responses that were coming in.

I worked to secure a further round of publicity ahead of the official album release on April 7 as well as the accompanying UK tour. Anti Music, Blabbermouth, Empire Extreme, Vive Le Rock and many other outlets were all extremely helpful in providing preview features on the album and the UK tour which coincided with the album launch. Meanwhile, Bernie carried out a series of interviews for radio stations, online music sites and rock magazines. Coinciding with the first date of the UK tour Ultimate Classic Rock would publish an emotional and brutally honest interview with Bernie that marked 35 years since he stepped in to help out Ozzy Osbourne following the tragic death of Randy Rhoads.

Reviews so far, like this one for Get Ready To Rock, have been very favourable:

“The word essential can often be overused in reviews, however this album really is that and then some. Two albums to rock out to and then one to wind down and chill out with, perfect.”

So, what conclusions can we draw from all this? Certainly, Dublin Cowboy is an incredible album from an incredible artist.T he music industry has changed beyond recognition and crowd-funding in the form of pledge campaigns can provide a way financing an album. The biggest artists are never going to need it, of course. Whatever changes the music industry goes through next the likes of Ozzy Osbourne are never going to struggle to find companies willing to finance their albums up-front. But for smaller artists with a dedicated fan-base, pledge-funding can be hugely effective. You do need to have built your fan-base first, though. It’s not much use trying to crowd-fund without a crowd, which means there are still hurdles for artists just starting out their career. However, Bernie Tormé has shown that if you have the talent and you have the fans, then a pledge-fund campaign can be a phenomenally effective way of getting a superb new album into their hands.

And for me? Doing the album and tour publicity for a guitarist I’ve been following since I was at school has been a pretty amazing experience as well! 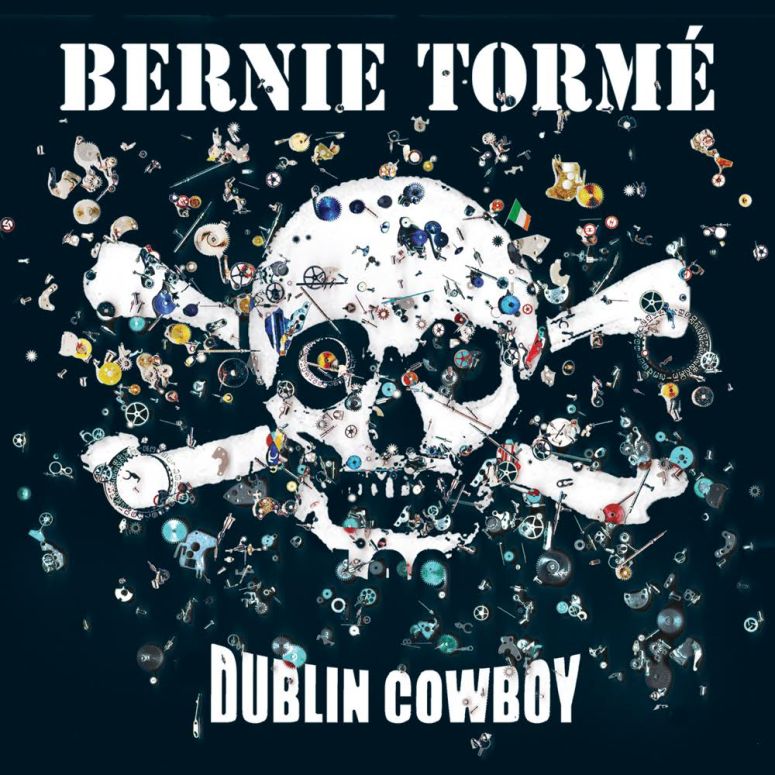